The drains are a crucial part of the waste management system in the home. Unfortunately, most people don't know how to manage theirs and end up with clogs more often than they should. As a homeowner, you should understand what leads to blockage in the drains and how to remedy them. Here are the three most common reasons for drain blockages and how a plumber can help you fix them.

Shaving is a part of almost everybody's grooming routine. As such, you are likely to notice that men shave their facial hair almost daily, while women shave their body hair when bathing. In addition, it is common to shed hair when taking a shower. You should know that this hair goes down the drain and forms balls. As such, if these balls tangle with grease or soap, they form a clog. With this in mind, one of the best ways to prevent hair from becoming a problem in your drains is to get a separate disposal system. For example, have a trash can at the side of the sink where people can drop their hair after they shave. A strainer drain guard can also prevent hair from going down the drain. That said, if you already have a stubborn clog get a plumber to help you remove it. A strainer drain guard also prevents her from moving down the drain.

Another common culprit with problematic drains is soap residue, also known as scum. Typically, soap should move down the drain after lathering with water and shouldn't become a source of problems in the system. However, if your home has hard water, there is a high possibility that it will become scum and line up the sides of the drainage pipes. With time, the cross-sectional area of the drainage pipes gets smaller, creating a blockage. In such a case, pressure cleaning is an excellent way to remove soap buildup from your drain.

Waste products from the kitchen are another common source of clogs. You should know that fat starts flowing down the system in a liquid state but solidifies along the way. With time, fat accumulation will lead to clogs in the drainage system. Ultimately, you can try to resolve the issue using detergent and hot water. However, the best way to deal with this problem is to prevent it from happening by wiping down greasy items before washing them.

Speak to a plumber if you have a clogged drain. They will help you figure out the best way to handle the problem without damaging your plumbing system and advise on preventing future clogs. 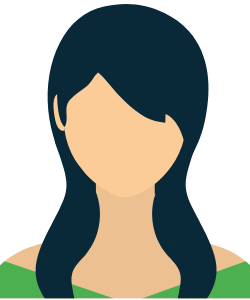